Our people are our difference.

Meet the dedicated and passionate people who work hard every day
to deliver an exceptional experience to our clients and employees. 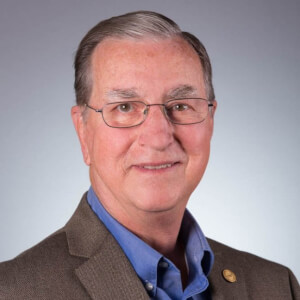 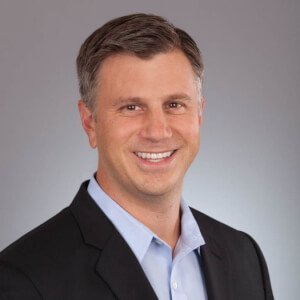 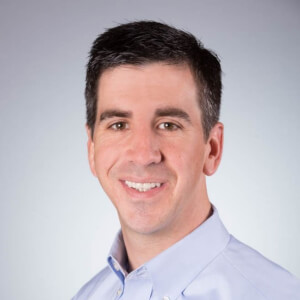 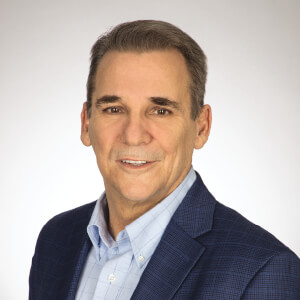 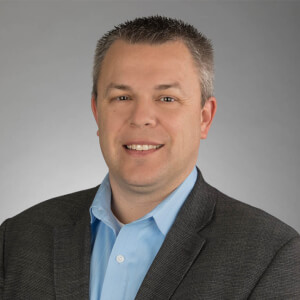 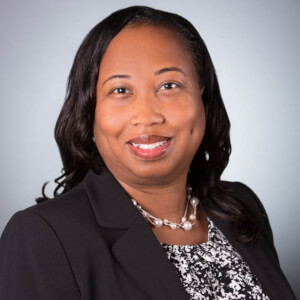 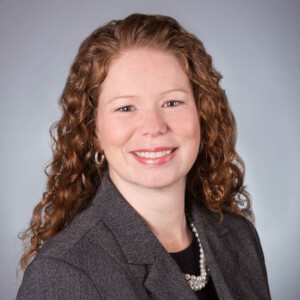 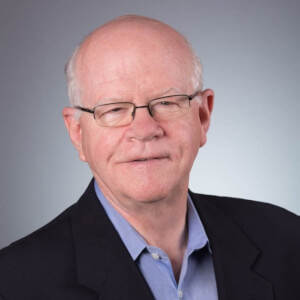 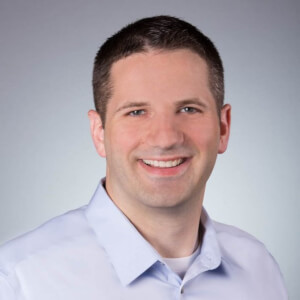 Alliance of Professionals & Consultants, Inc. (APC) was founded in 1993 by Roy Roberts after he retired from IBM. Today, APC remains committed to the same core values that Roy first put forth and that continue to anchor the company’s success – solid ethics, unwavering integrity, open communications, empathic caring, and a constant focus on quality and excellence.

Roy spent the majority of his career with the IBM Corporation from 1968 until 1993, when he left to start Alliance of Professionals & Consultants, Inc. He firmly believed in APC’s vision of positively impacting people’s lives which lead to growing APC to over 700 professionals during his lifetime. In addition to running APC, he supported economic development training for the Lumbee and Cherokee Nations which led to the founding of the American Indian Chamber of Commerce of North Carolina.

A lifelong learner, Roy earned a BS from Brescia University, an MBA from Butler University and a PhD-equivalent from IBM’s Systems Research Institute. In 2018, Roy and his wife, Vicki, furthered their commitment to education with the establishment of the Roy and Victoria Duffy Roberts Center for the Sciences at Brescia University.

Active in a variety of Native American-minded business organizations, Roy served on the U.S. Department of Commerce’s National Advisory Council on Minority Business Enterprise, on the Board of Trustees of Brescia University, was President of the American Indian Chamber of Commerce of North Carolina, and served as a mentor to several minority entrepreneurs. He was selected as 2012 Southern Business Leader of the Year and 2009 Triangle Business Leader of the Year by Business Leader Media, and received the President’s Volunteer Service Award from the President’s Council on Service and Civic Participation.

A Raleigh native, W. Troy Roberts is president and CEO of APC.

In his role, Troy serves as the company’s visionary and is responsible for staying informed of relevant industry trends affecting clients and professionals to provide strategic and tactical leadership for APC. Troy works with APC’s leadership team to establish long-range goals, strategies, policies and procedures while intentionally creating a company culture based upon positively impacting lives.

Prior to becoming an APC employee back in 1998, Troy specialized in bank mergers and acquisitions. Since that time, he has held several roles at APC that have exposed him to all workings of the business.

This real-world education builds upon the bachelor’s degree he earned from NC State University and the Master of Business Administration degree from UNC-Chapel Hill’s Kenan-Flagler Business School. Combined, it allows him to fully understand the challenges and opportunities faced throughout the business each day, as well as ways to best approach unique situations.

Currently, Troy serves on the board of directors for the Carolinas-Virginia Minority Supplier Development Council (CVMSDC), The Institute - a nonprofit management consulting and services firm focused on business diversity and inclusion. He is also highly involved in a variety of causes within the local community, but has particularly strong associations with Saving Grace, Walk for Hope, Wake Assisted Living Center, and Step-Up Ministry. Troy also serves in various leadership roles with the Y-Guides father and son program.

On the weekends, Troy can be found at sporting events for his four sons, working in his yard, or helping his wife, Jenny, with her passion of fostering dogs and puppies. He and his family reside in Raleigh.

As COO, Scott calls upon his extensive technical background and years of leadership experience to plan and direct all aspects of APC’s operations. This includes all of the company’s policies and enterprise-level objectives and initiatives.

A graduate of NC State University for his bachelor’s degree and UNC-Chapel Hill's Kenan-Flagler Business School for his Master of Business Administration degree, Scott remains engaged in the local community, particularly through his church. In fact, Scott is able to share his technical expertise far beyond the walls of APC as a member of his church’s technology committee.

Outside of work, Scott spends his time running, camping, mountain biking, and relaxing with family. He is also heavily involved with the Central NC 4x4 Club, as well as a co-driver in the Ultra4 Off-Road Racing Series. He and his wife, Blair, live in Raleigh with their two young children.

Originally from Oklahoma City, Sterling Lee is now based in Raleigh and is APC’s Vice President of Customer Experience.

Sterling is an expert in developing and leading dispersed teams that deliver collaborative value in complex business environments, something that serves him well with APC’s multi-market sales team. When it comes to clients, he is someone who collaborates and builds strategic partnerships to create long-term value for both APC and our clients.

Sterling earned his bachelor’s degree in Business Management from Central Oklahoma University. He calls upon his education and business acumen in his volunteer work with Mary’s House and Big Brothers.

Outside of the office, Sterling is an avid reader, skier, and tennis player; he has a great love for music as well.

Sterling and his wife, Pam, live in Raleigh, but frequently travel to spend time with their daughter living in Colorado.

In his role, Vince is responsible for the overall recruiting strategy and managing all activities associated with the timely delivery of viable candidates to our clients.

His oversight includes not only the experienced team of APC recruiters and administrative support, but also ensuring the tools and processes APC utilizes to deliver top talent to clients is efficient and continually best-in-class.

Shortly after graduating from California State University-Sacramento, Vince began working as a professional and corporate recruiter & continued to do so for over a decade. This extensive experience provided him with the foundation he’s built upon over the past decade in progressive leadership roles.

Vince works each day to ensure he continues to understand the needs of clients and his recruitment team alike.

Outside of work, you’re likely to find Vince attending his children’s extracurricular activities or, on rare occasions, a golf course. He and his wife, Robyn, reside in Wake Forest, NC, with their five children.

With 20+ years of legal experience, Maricia provides strategic and business-centric counsel to the executive leadership in the areas of complex commercial contracts, corporate governance, compliance, intellectual property, litigation, risk management as well as employment matters. In fact, her legal work on behalf of APC led to the correction of a drafting error in an intellectual property statute authored by Congress.

As a result of her commitment to providing exceptional counsel to APC over the years, company officers nominated Maricia in 2012 to be Corporate Counsel of the Year, an award sponsored by the Triangle Business Journal, which recognizes outstanding attorneys in the local business area.

Maricia’s commitment to excellence is reflected, in part, by her education as she received a Bachelor of Arts degree with a double-major in Journalism and Political Science from the University of North Carolina at Chapel Hill, as well as a Juris Doctor degree from Boston University School of Law. Maricia is a long-standing member of the Association of Corporate Counsel as well as the corporate division of the N.C. Bar Association.

In her leisure time, you can find her attending and participating in numerous extracurricular activities involving her son.  She also enjoys cooking and spending time with her family. Maricia and her husband, John, reside in Wake Forest, North Carolina with their young son.

In her role, she provides the strategic direction and execution for APC’s HR policies, practices, programs, and administration, while also providing the functional leadership of the HR team.

Kimberly’s 23+ years of experience in HR positions both in corporate roles and in her own HR consulting business spans a myriad of industries. She also has taught university courses on business communication and ethics, along with courses on HR management.

With a bachelor’s degree in business and a Master of Human Resources degree, Kimberly also holds Senior Professional Human Resources (SPHR) and SHRM’s Senior Certified Professional (SHRM-SCP) certifications. She is an active member of the Raleigh Metro SHRM group and has served in multiple board of director positions since 2017.

Along with HR, Kimberly has a passion for assisting with mental health awareness through a variety of charities, events, and organizations.

Outside of APC, Kimberly spends her time baking and reading crime mystery & detective novels. She and her husband, Mark, live in Cary with their three daughters.

In his role, Tom is responsible for APC’s cash management, financial modeling, banking relationships, and accounting department functional oversight. He draws on his many years of accounting consulting to bring top-notch expertise to the APC organization.

Tom earned a bachelor’s degree in mechanical engineering from Kettering University (where he was also a member of the Scholastic Honor Society), and a Master of Science in Management from Rensselaer Polytechnic Institute. He is also a Certified Public Accountant.

Outside of APC, he shares his education and experience through being a board member and treasurer of Guiding Lights, an organization dedicated to providing support for caregivers.

Tom is an avid UNC basketball fan and also enjoys musical theater. He makes his home in Raleigh and has three children, along with two grandchildren.

In his role, Kade is responsible for APC’s marketplace positioning by developing and overseeing all branding and marketing initiatives. Since joining APC in 2015, Kade successfully conceptualized and implemented a full company rebrand, and he continues to reimagine and create opportunities for brand engagement with clients and professionals alike.

Prior to his time with APC, Kade was responsible for the structuring, implementation, and oversight of all social media engagement for a multinational Fortune 500 company’s five lines of business operating in North America. He developed and introduced core training materials, along with social care policies and procedures for 5,000+ location-specific profiles, structuring a large-enterprise social program designed for consistency and risk mitigation.

Kade earned his bachelor’s degree in English and public relations from Weber State University. He is affiliated with the American Marketing Association and Raleigh’s LGBT+ Chamber of Commerce, Raleigh Business Professional Network.

Outside of work, Kade owns and operates a corporate gifting company. He also enjoys travel, discovering new restaurants, and spending time with family and friends. He and his partner, Artis, live in Raleigh with their beloved dog, Tobi.